NOVA RPCV provides grants to Peace Corp Volunteer (PCV) projects with an emphasis on projects lead by PCV’s from Virginia.  Our Charitable Giving Committee reviews grant requests that may include Peace Corps Partnership projects.  Funding for charitable contributions comes from our dues and calendar sales.  Normal grant requests are between $250 to $500.

Goals:  To Support PCVs in the field and to bring the PC experience back home by supporting activities in our own back yard in                    accordance with the Third Goal

Targets:  Two to three projects funded per year with an average of $250 per donation based on available funds.

For domestic projects, consider funding the same project for a two or three year timeframe.

Projects may be proposed by members or by currently serving volunteers.  The projects are reviewed by the Charitable Giving Committee with recommendations given to the NOVA RPCV Board.  If you are interested in proposing a project please contact the Board at NOVARPCV@gmail.com

Projects should be self-sustaining and have ongoing community support

Priority is given to projects proposed by PCV’s and RPCV’s of Virginia.

Overseas projects may be selected from the Peace Corps Partnership program

Domestic projects should be with charities or NGO’s in the Northern Virginia area with an international focus.

This is done annually, includes purchase, advertising, and delivery of calendars in Northern Virginia and adjacent areas.  This is a major fundraiser for NOVA RPCV, providing resources for our grants.

Any donations to NOVA RPCV will be included in the funding for projects supported by the Charitable Giving Committee.

Donations to Peace Corps Partnership projects can be given directly through the PC Partnership website.

If you would like to donate any amount to NOVA RPCV to support our various projects and the expenses of the organization, please CONTACT US via NOVARPCV@gmail.com including DONATION in the subject line and we will let you know where to send a check. You may also donate at one of our quarterly meetings or other organizational activities.

At the end of 2021, NOVA RPCV made a donation of $500 to the NPCA-sponsored Water Charity program, which allows currently serving and returned Volunteers to submit proposals for a water or sanitation project on behalf of their country and community of service.

At the beginning of 2020, NOVA RPCV donated $500 toward improving infrastructure support for an English classroom in North Macedonia. However, the sponsoring PCV was evacuated due to the coronavirus pandemic, and in the meantime, the project had been fully funded. Our donation was refunded by the Peace Corps.

A PC Partnership Program project in the Gambia received $500 for a “ Solar Power Water Supply System “ to upgrade an existing potable water hand pump system to a four panel solar powered system that would allow for 4000 liter storage and seven water taps throughout the village.  This project was led by Dustin Lape of Virginia.

A PC Partnership Program in Indonesia received $250 for “Library Development in Karawang” to add air conditioning and a computer as well as room repairs, finishing an annex and a deserted radio station at the school.

The other project Namibia  – “Water Security” was fully funded before we could process the donation.

The NOVA RPCV Board also approved a donation of $250 to Global Camps Africa in memory of Ellen Moyer. Ellen helped to host many of the South African Volchellis  (camp counselors) when they worked summers here in the DC area.

A PC Partnership Program project in the Philippines received a $250 grant. The recipient was an environmental endeavor in the Philippines entitled, “Building Community Resilience to Climate Change Through a Small Island Ridge-to-Reef Program.”

A PC Partnership Program in Moldova received a $250 grant. The recipient was a project to provide Improved Access to Emergency Medical, Postal, and Utility Services for a village in the district of Hincesti. This project was led by J. Randall, PCV from Virginia.  See more information here.

2014
At various times during 2014 we directly supported projects coordinated by a PCV from Northern Virginia serving in South Africa. The first project was to collect books for creating a library at the school where she was serving in Limpopo. In addition to books we sent pens, pencils, notebooks and other supplies to the children at the school. The second project was to collect donations to fund a girls' sex education program. 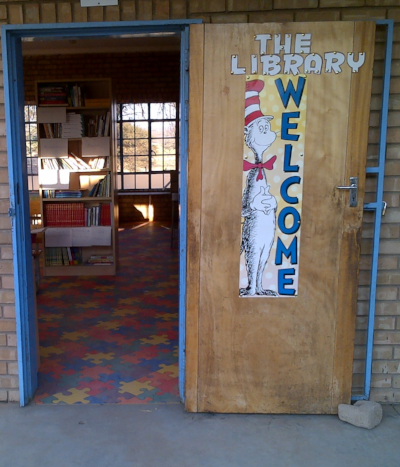 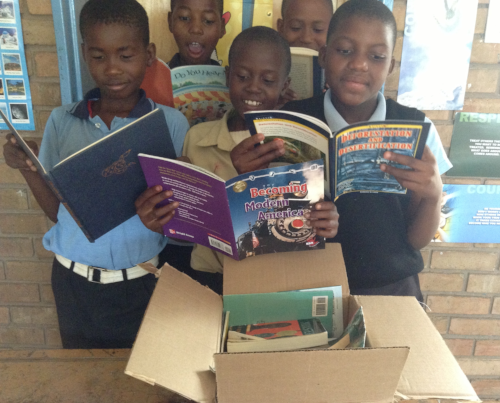